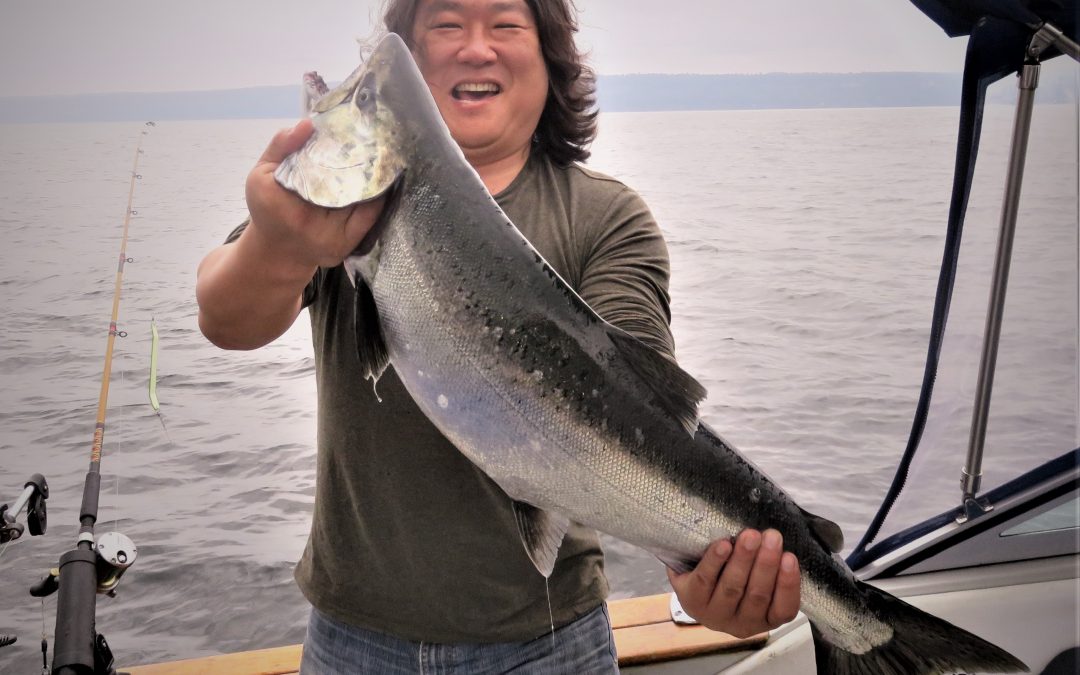 Well, the good news is that there are still lots of Chinook around! The lack of rain is probably keeping them from traveling to the rivers. Bite times can still be fussy, but when the bite is on, it can be quite good. Saturday, I was coming in from a bottom fishing charter at Thrasher, and The Cabezon, Barney Rubble and Petrale Joe were all having a great time jigging Chinook off Rowboat. Either pulling silver/blue 4 inch Tomic plugs at 65 to 85 feet, or jigging old school blue/white Perkins or Herring Aid Half Jigs at 30 to 40 feet have been go to methods on the Silver Blue. Trolling at 160 feet in 300 feet of water off the Flat Tops, or trolling the outer Northern edge of Entrance Reef at 180 to 270 feet on the riggers have been productive, also.
There has been the occasional nice 7 to 8 pound hatchery Coho in the mix. They have been caught either jigging or trolling at 40 to 80 feet.
There is a limited Sockeye opening in tidal waters outside the Fraser River. It is open until September 19th. You may keep four per day per person.
Prawning is still terrific, expect around 100 per trap.
Good fishing!