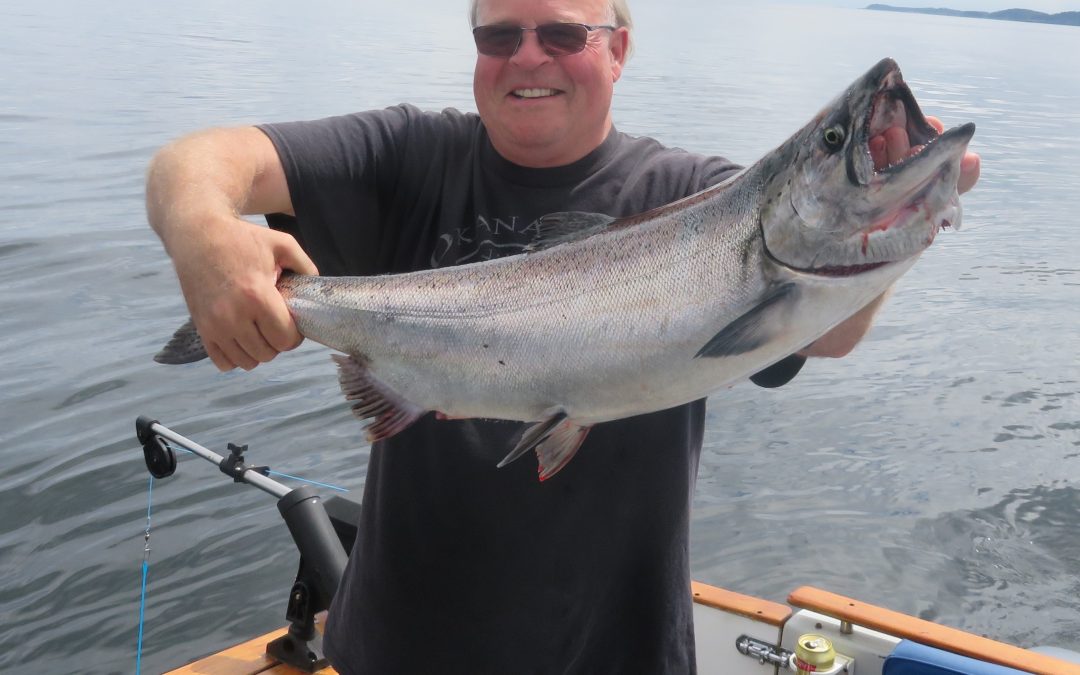 I fished on charter on the 18th, and the Reef was asleep, with no bait present, and few fish showing. We did pick up an 8 and 10 pound Chinook at the Waterfall bottom bouncing Bon Chovy and Killy MaGee spoons in 180 feet of water. On the 20th, we trolled down from Grande through Whalebone, only encountering undersized Chinook, so returned to Entrance Reef jigging. Again, it was productive jigging Perkins and Lil Nibbs at 20 to 40 feet, and we retained a couple of nice feeder Chinook. It is so cool jigging this late in the year! Hopefully this continues for a while longer! My Saskatchewan guests really wanted to see a good sized Ling, and one came up and grabbed a Rockfish we had accidentally hooked. I netted it, they took a picture, and back it went into the water. The Humpbacks were all around us on the 18th, but it was really foggy, so you could hear them, but not see them.
Prawning is exceptional for numbers right now, expect over 100 per trap. The size is down a bit, and there is the occasional berried female in the mix, and they must be released immediately.
Good fishing