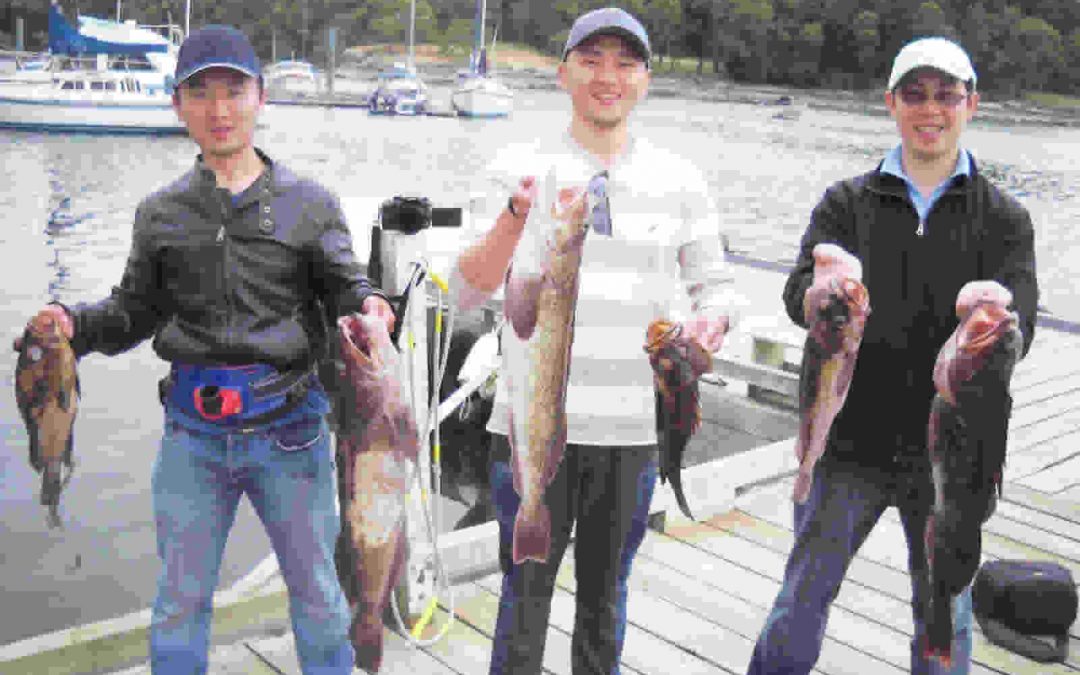 The May 1st season opener for Ling was difficult due to big Southeasterly winds. It is very difficult to bottom bounce when you’re moving at 2 knots. The Cabezon fished Thrasher early in the morning, and reported good results, as it was calm but foggy . We arrived on the water after the wind had begun, and fished Carlos, in an attempt to avoid the wind. The fishing was slower there, with only undersized Ling to report. Both whole herring and jigs were working, with the majority of the Cabby’s hookups in shallower depths.
The Chinook appear to be out in deeper waters, again. We took a short sweep through the 200 mark off the Grande, but didn’t start catching fish until we were in 250 feet. The 600 to 800 foot contour will provide better results, fishing at 120 to 180 on the downriggers. Killy Magee and Mongoose spoons still are the favourites.
The prawning changed more dramatically than I have ever seen before. Last week, you had to release prawns to make sure you weren’t over your personal limit of 125 a day. Yesterday boats reported getting a total of 4, 3, and none. Clyde has said that Prawns moult this time of year. They apparently go into deeper water, shed their shells, and don’t feed during this process. It is probable that the commercial prawn fishery starts at the end of this week, so it might be a good time to put the traps away for a while. Sigh.
Good fishing!