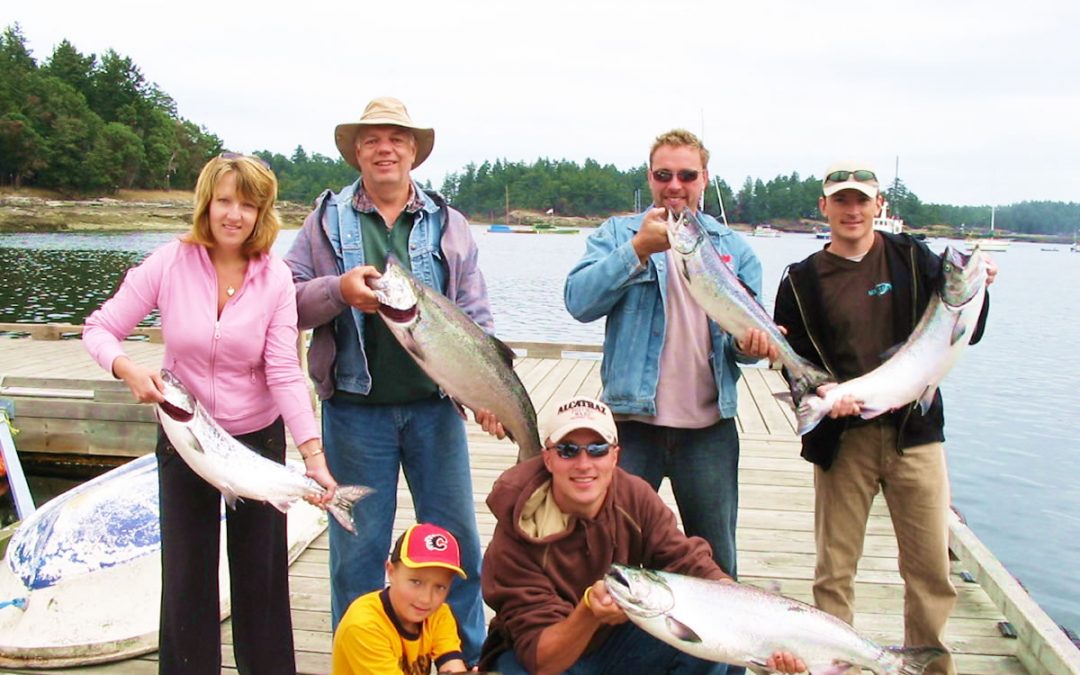 The winter Chinook fishery has been generally very good. On half the trips we’ve encountered between two and five legal fish. On the other days, it has been very busy fishing, hooking between fifteen and twenty undersized Chinook. We had endured only one slow trip, but Friday proved to be another. We started at Thrasher, put in our time, and only released one undie. So, we moved to Grande to Whalebone, and the fishing picked up a bit, but we still only released five more undersized Chinook. These were taken bottom bouncing in 130 to 180 feet of water on the Mongoose spoon and T-Rex hoochie. Results were similar for Clyde and Del on Hot Rods, Steve on Down Time, and Gerry on Invictus, as they released a couple of undies per boat. Hot Rods and Down Time were fishing The Cannery and Entrance, so none of our hot areas were producing. It is always interesting to me when the bite turns off suddenly. I don’t think that mass of fish actually moved, but bait and fish become suddenly scarce. It might have been the extreme full moon and tide conditions, and hopefully fishing will return to normal this week.
I did prawn at Thrasher, although the traps only soaked for two and a half hours. It was not worth the effort, with only 10 prawns in two traps. It is too bad D.F.O. closed our “Honey Hole” at The Flat Tops until April 1st, but that’s another story.
Good fishing!