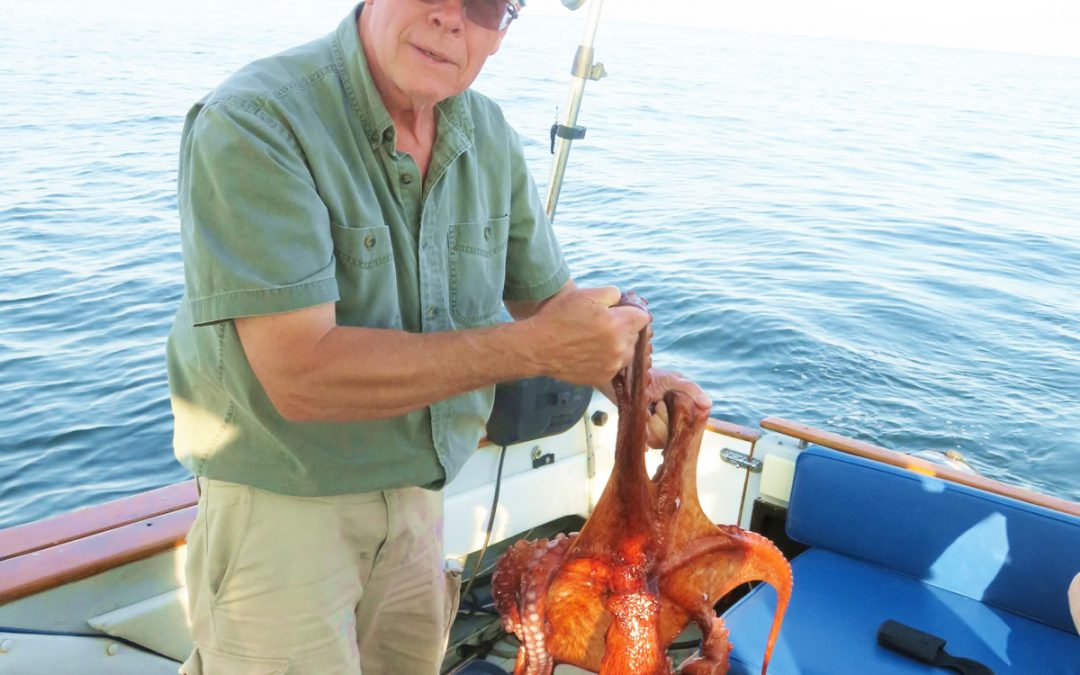 Well, it’s officially “tweener” season on the salt. Chinook non retention started April 1st, Ling and Rockfish don’t open until May 1st. We chased some smaller legal species around on April 7th, with minimal results. I like shallow water jigging for Sole, and we combed the sand flats from 30 to 50 feet deep off Whalebone for an hour, but the Sole must be out in deeper water, and results were minimal. We shallow water jigged for Kelp Greenling, but only caught smaller fish and Lings, so they were released, also. The good news was that the prawning was absolutely outstanding fishing the newly reopened Flat Tops at 350 feet. There were no female spawners to be released, and the traps were loaded.
Good fishing